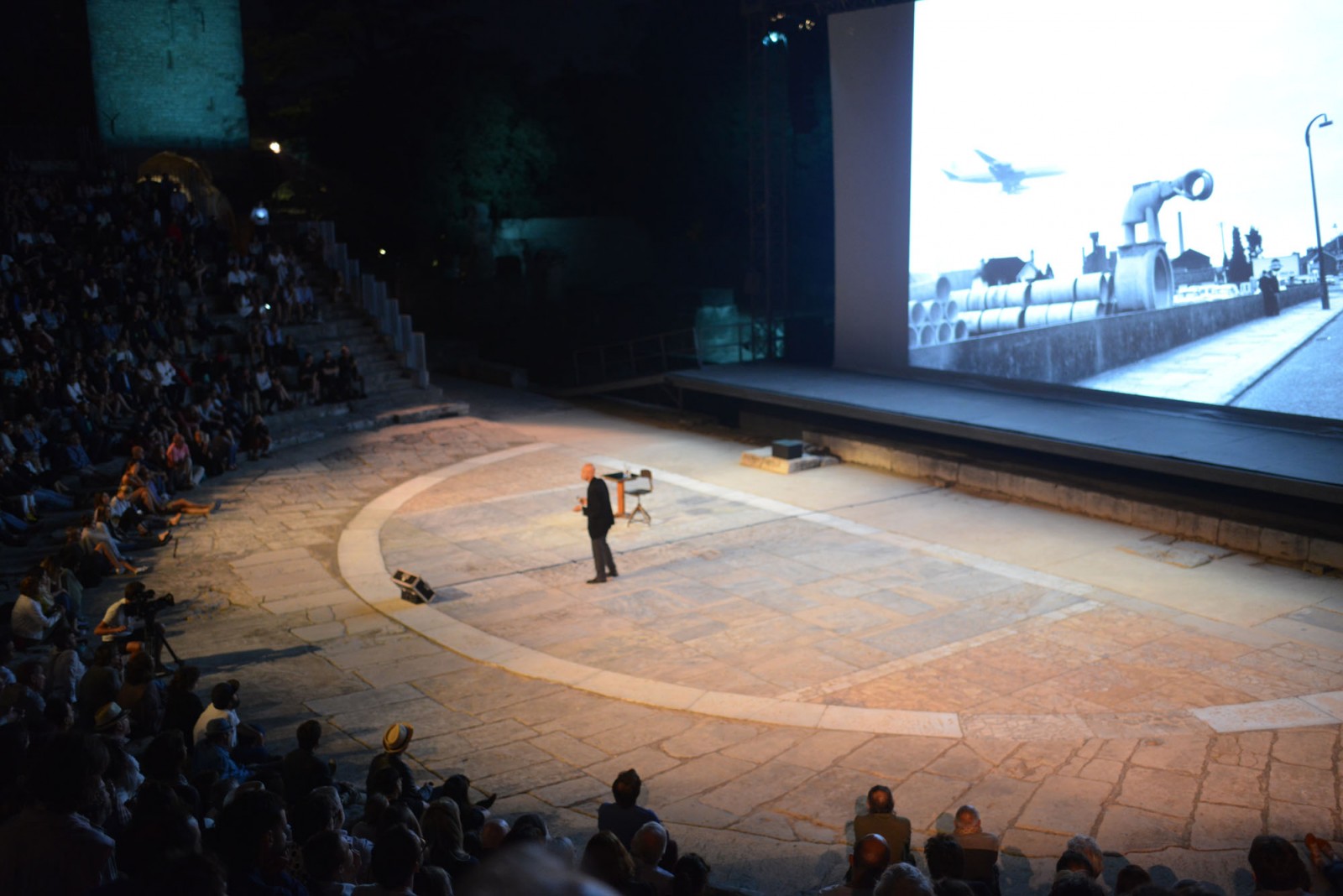 The ancient theater of Arles was built at the end of the 1st century BC. J.-C., during the reign of the emperor Augustus. It was completed around year 12 BC, becoming one of the very first stone theaters of the Roman world.
1B rue de la Calade, 13200 Arles
Accessible
Localiser

QUINZEQUINZE
TE PO HORORA’A VARUA
A tempestuous concert by QuinzeQuinze at the Théâtre Antique offers a unique musical experience based on the program of the 53rd Rencontres d’Arles.

Because of climatic reasons, the event scheduled on July 7 at the theatre antique has been cancelled.

A new program will be soon announced.

Thank you for your comprehension.

PHOTO SLAM
A NEW GENERATION
To celebrate the fortieth anniversary of the École Nationale Sup.rieure de la Photographie (ENSP), the Rencontres d’Arles offers an unprecedented photography show reflecting the diversity of students from the school with a performance by around ten young graduates.