By continuing to navigate you declare to accept and consent to the use of cookies. To learn more Close
↑
Home → Exhibitions 2014 → Parade → Lucien Clergue

Lucien Clergue is 80 years young and bursting with energy. For this anniversary, we wanted to put things in order, bring the reading of his photography back to its essential elements and sort out the stories he recounts with such loquaciousness, in order to accompany them. The nudes which made him famous rest alongside fragile scenes where he projects his own bruises through images of children in ruins, animal cadavers, or abstract and ephemeral drawings in sand. Violence, like passion, are all too real in his photos of corridas or the juxtapositions that he creates in museums. His photographic practice, initially intuitive, was vindicated, when he was barely twenty years old, by the words and the perspectives given to it by the masters Lucien chose: Picasso, Cocteau, Saint John Perse... They lent him support, put him in touch with people and gave him self-confidence. This boldness which allowed him to meet these great artists was also that which constantly enabled him to move ahead, and to also create a peerless event: the Rencontres Internationales de la Photographie, the first festival in the world devoted to photography, an annual and generous digression, created at a time when exchange and sharing, like creativity, were unbridled. Women are present throughout Lucien Clergue’s work, from the suffering and the encouragement of his mother to the models that he liked to call his talented partners, to the continual support from his wife Yolande, to his two daughters who also posed for him, just as several of his female colleagues at the Rencontres de la Photographie did at a certain moment... It is through these men and women, who were decisive encounters in his career and life, that we wanted Lucien Clergue to tell us about himself in an exhibition laid out in a radical fashion, where his life story accompanies a limited selection of his work. 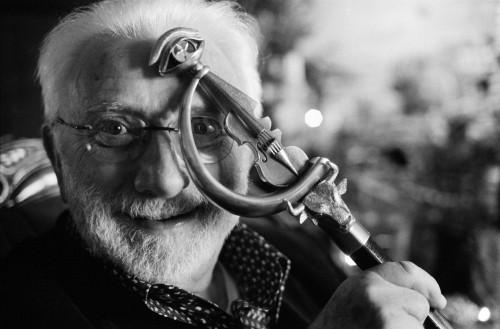